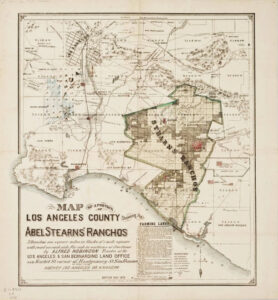 Mariano Reyes Roldan, was a council member of the young city known as Los Angeles. Roldan received a large acreage of land known as Rancho Cañada de la Habra in 1839. He would use this land to farm and grow crops until he sold the land to another rancher. This new land owner, Stearns, would soon be one of the most prominent ranchers in Southern California. Abel Stearns was not only a rancher but a trader and successful land owner. Stearns would own Rancho’s Los Coyotes, San Juan de Santa Ana, Bolsa, Bolsa Chica, Jurupa, and Sierra. A devastating series of droughts and freezing temperatures would cause Stearns to eventually sell many of his estates.

The land was overrun with sheep in the late 1800’s. Sheep grazed and roamed all over the hillsides and slopes for many decades until Willits J. Hole showed on the scene and began making the foundations of what would become the city of La Habra. Years later, the Union Oil company would come to own much of Hole’s property. Consequently the city of La Habra really took off. Homes, schools, and stores began to populate across the rich soil that once was home to thousands of fruit trees. Those fruit trees would lead La Habra and many other surrounding cities to incorporate into the county known as Orange County.

The area was full of more than just oranges. Additionally, walnuts may have been the most abundant crop in the area. The La Habra Walnut Association would yearly ship out nearly 300 tons of walnuts. Orange county was also popular for its watermelon, lemons, peaches, and apricots. The legend is that the name Orange county was the result of a bet. A few of its founders got together to vote on the name. They created a list of choices from the crops grown in the area and oranges came out on top. Certainly, Apricot County just doesn’t have the same ring to it!

The boom in these fruit orchards was due in large part to the formation of the La Habra Water Company and the California Domestic Water Company. The farmers in the area owned part of these companies and installed pipes all through the valley and beyond. Consequently water was pumped into their farms and fields. A share in the company back in the 20’s was about $100 dollars and quickly rose ten times that by the 1940’s. Protecting and maintaining those pipes that brought that precious water was imperative. A few decades later, one who eventually services and maintains some of those pipes would emerge from that very town. A La Habra plumber named Mitch Clemmons.

Looking for a La Habra Plumber

Mitch Clemmons plumbing career got started around 1992. Mitch established himself as a La Habra plumber before later expanding to the surrounding areas of:

Because many of the homes in the area are older, a lot can show up in the pipes! Many of the homes that exploded across the landscape of La Habra are still in use today. Some have the same plumbing dating from the early 30s, 40s, and 50s. In addition, many of these homes have old galvanized pipes which have seen their fair share of corrosion and build-up. 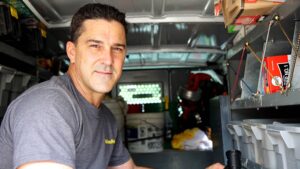 Looking for a La Habra Plumber?

When it comes to plumbing problems, Mitch Clemmons, your local La Habra plumber, has seen it all. Consequently, replacing old pipes is one of the many things that are done well at Mitch Clemmons Plumbing. Here’s why:

So if you’re one of the 60,000 residents of La Habra and you’re in the need for a La Habra plumber who’s home grown and knows his stuff, give us a call.