The Hydrojet vs The Hydroplane

The Hydrojet vs The Hydroplane

Wondering how hydrojet pipe cleaning relates to the hydroplane?

Well… Man has always had a love for by speed; whether in the air, on land, and even on water. Since the 20’s many have used the laws of physics to skirt the waves of the ocean in order to achieve extreme rates of speed. Using the idea of “planing” to glide along the water to avoid the drag of the water’s surface. Hydroplanes gained much notoriety in the May issue of Popular Mechanics in 1935.

The hydroplane’s success only encouraged our need for speed. With each decade the water speed record seemed to be falling at greater and greater speeds. In 1978, Ken Warby of Australia set the record at 317mph and it still stands to this day. 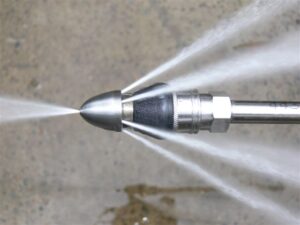 Now the “hydrojet” sounds like it would be the heir apparent to the hydroplane. Yet this hydrojet would only be successful in cleaning said vessel. High-pressure water cleaning has been around for nearly a hundred years but only recently has it been a method for clearing out pipes in your home’s plumbing system.

The most common method for clearing out blockages or clogs in your pipes has normally been the tried and true plumber’s snake. So why has the hydrojet become a go-to for plumbers today?
Here are a few reasons why go with hydrojetting over snaking or rooting:

Mitch Clemmons Plumbing offers advanced hydrojetting along with Camera Inspection Technology. This helps our plumbers to know exactly where the blockage is and attack the issue efficiently and accurately. Call us today for an inspection.